Most Profitable ZEC Miner Till Now 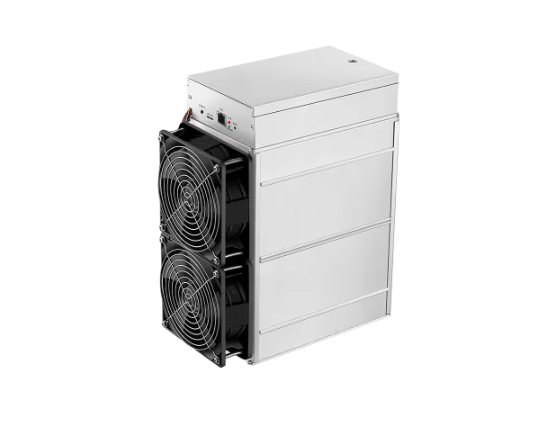 Today I'm going to be reviewing the latest and greatest ZEC Miner (also knows as ZCASH) if you consider as profitability, that at least specification point of view. This is Equihash Miner machine names the Bitmain Antminor Z11 so that mining device mine equihash base coins like ZCASH, ZENCASH, PIRATE, etc. That work with the original equihash algorithm which is basically those algorithms that completely ignored by all of the GPU miners. But in this guide I'm mining Zcash you will know the latter why we choose Zcash.

So in this article, I'm letting you through this awesome mining device because we have a super awesome profitable machine now.  So first of all move on Zcash Mining Calculator for check profitability of this device

The most efficient zcash mining calculator and the tool which I'm using the most is WHATTOMINE and ASICMINERSVALUE. These both tools give you an estimated amount of earning you will get from this ZEC miner.

Currently, in June 2019 this mining device generating between $17 to $20 a day and yearly around $6,325 before you pay your electric bill. This is an estimated amount maybe you make more or less but currently, I earned this amount.

You can't buy from the official bitmain store because they are currently out of stock but there is plenty of sellers here which are selling this Bitmain Antminer Z11 Equihash Miner device some are good to go and most are scammers as well so be careful from these guys because there is no such authentication for these sellers.

I will only suggest you guys buy from coin mining central or from Amazon. You can check and compare the price and go for it of course choice is yours.

Also, I would like to thank coinminingcentral.com as you all know that bitmain antminer z11 is out of stock now but If you want to buy antminer z11 you can get it from here they have in stock.

They are not selling for the next pre-order they have ones from the April batch in stock ready to ship right now. I've also reached out to some members in our community in order to authentication of this site and they have ordered with them. They have gotten them mining devices and it has been a good experience for them.

What Coins You Can Mine: 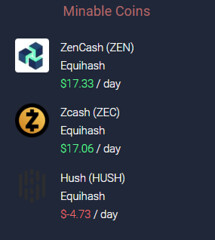 Let us talk about which coin actually you can mine of course this is equihash miner so you will only mine those coins who will be using an equihash algorithm. If you are looking day to day profitability over the last 24 hours I recommended you to go with these two coins (ZCASH and ZENCASH). They both are making good profits right now for me. Currently, I'm generating around 18$ from ZEC coin and around 17$ something from ZEN coin with my device.

Now it is up to you which coin you actually want to mine with Antminer Z11. Also, there are some other coins you can mine like PIRATE or HUSH, basically you can mine any coin who using Equihash Mining algorithm.

Antminer Z11 hash rate is supposed to be 135K sols which are a lot if you're familiar with the history of equihash mining. The price of this mining device was around at 1384 euro right now when I was writing this article. Well, this is a bitmain zec miner machine, so I guess you're gonna get a miner that gives you good money.

Power consumption of bitmain antminer z11 is 1418 as it is mentioned on their website and that is somehow accurate. What I got when I was checked it has shown me between 1400 and 1500 watts with the machine so I guess we can assume that it is right there.

Important things to know for my hand, here is that my average hash rate is 139K sols this is pretty good. It made pretty much always performs what they say. Antminer Z11 really do or better if compared to some of the other miner companies. In my experience, another machine underperforms like every time and bitmain over performs like every time, maybe I was wrong but the fact is fact.

So I'm using Zcash Coin (ZEC) for this mining machine. I'm using Luxor pool and I love them because they are pay per share so you're paid for each share submitted to the pool. What exactly does that mean well every time you submit to share you get paid and other pools, you've been submitting shares you get a small portion of that. PPS kind of pays you in advance and this is excellent because you can quickly get an idea of what profitability looks like. Also, they have a nice pool interface making it easy to monitor everything.

If I say antminer is truly built for ZCASH then it is true because zcash mining profitability of this coin works amazing with antminer z11 as compared to other Equihash Miner. So move on to my daily profits, My daily profitability for that day I'm making around 0.216 ZEC and that was here at the end of June worth about $22.77 USD on that day. I was making $22+ daily profitability before I pay my electric bill and this device depending on your electric rate is gonna cost you probably between 2-6 dollars to run a day obviously that's based off your personality. 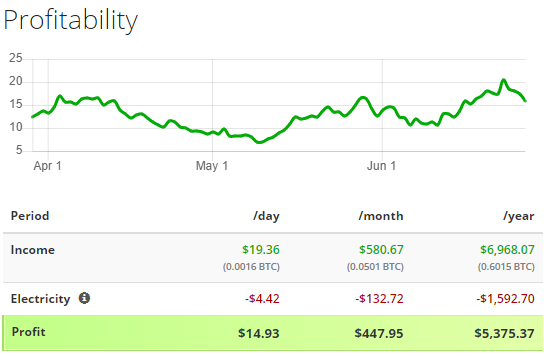 I'm just mining directly into my Exodus wallet. It's really simple and easy, one thing I really like about the Exodus wallet is it tells you the value now and then so.  Very nice looking interface and support were awesome as well.

For being a two fan unit the Antminer z11 is not the worst loudest ZEC miner that we have bought as we know Z11 has two fans on the front and none on the back.  This is not the most annoying, sound it's not a high-pitched whine like we've seen on some other miners. But who cares for loudness if they generating good profits.

If you're wondering about overclocking Z11 miner, so you cant. They have locked it down from the core settings you cannot overclock this miner because this option does not exist, sadly :(

First of all search for the Antminer miners IP, then power up the machine and wait for the normal green light to start flashing. Then download the software and install it after look for IP. Here is the link: https://service.bitmain.com/support/download and look for IP.

a. Open the IP search software, press start.
b. Press the “IP Report” button on the miner
c. The miner’s IP address will be shown on your screen.

After IP found, enter into your web browser. A dialog box will be pop up, just enter root for username and root as well for a password.

Now set up the mining configuration by entering your pool key and other credentials into "Miner configuration" then go to "general settings" That's it. It will take 20 to 30 minutes to started mining and for mining profits or stats visit "mining status" tab.

In the End, for me this is profitable zec miner and best equihash miner. I hope you guys enjoyed this short mining review if you did, please leave a comment below and tell me what you think hit. Your feedback is much appreciable. :)