Updated: Now RX 580 and RX 480 Both are working. You can buy and use both card without any issue.

In earlier we order hardware's for GPU Mining and built two different rigs using 8-gigabyte graphics cards and both are Gigabyte manufacturer cards, one are Radeon RX 480 and the other is the latest RX 580. We want to compare both GPU rigs for ethereum mining and see whether it's worth to get the RX 580 at that moment or not. First, let me show you what the rigs look like! 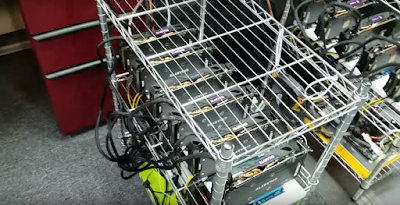 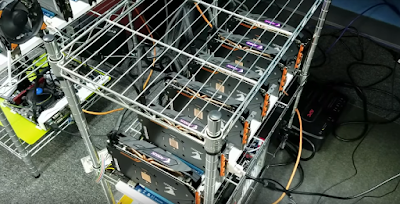 Alright the first one is the Gigabyte RX 480 video cards and the other side there is RX 580 and there are six cards running on both of these mining rigs, also both of these are 8 GB GPU's for a fair comparison.

What happens is the result is not very encouraging at all, in fact right now I would say do not switch, do not buy the RX 580 yet unless you're experienced with a simple minor OS else you was not able to run six cards but if you want to run less than six graphics cards so may be it will be useful and I was only achieved via the simple minor OS, not Windows 10 and SOS. Windows 10 has the biggest issue and it's mainly a driver issue so the RX 580 is too new and the drivers are just not mature enough now unlike the RX 480 which has been around for many years and so drivers worked out great.

Now as far as speed and in above screenshot, this is the RX 480 and each card produces 27.3 mega hash per second. now, these gigabytes for one not very minor fund leaf there don't get very fast average about 27.3 mega hashes per second and these all use Hynix ram. 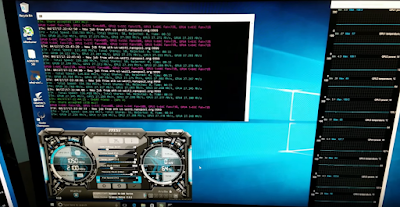 On the other hand here we have the RX 580 and by the way all of these have been BIOS flash and the RX 580 are running on average about 27.2 mega hash something so close to 27.3 mega hash however the issue is the power consumption so the RX 480 running about the same speed same hash rate is only consuming about 80 to 84 watt per video card, however, to do the same speed on the RX 580 consuming about 100 to 110 watt that’s huge difference so I would not recommend RX 580.

My favorite is still the RX 480 for GPU mining because it's just easy to flash and easy to work done and as you can see this is a cool card test rig on a desktop and it's each one is running at 30.9 on the other one is 30.5 so close to the 31 mega hashes now when you are running at that kind of speed a wattage concentrate this is going to be a little bit high we're looking at 100 to 110 watt for card but still great speed easy to work with RX 480 is what I would go with right now until the RX 580 drivers are improved.

The RX 580 is actually working on the 17.4.4 driver seems to work fine get the same speed though as the 17.4.3 so there's not a difference has obviously they didn't update it to make mining easier. The MSI is using Samsung brand, these are the basic unless RX 480 using Samsung ram and you can get it to about 33 to 31 mega hashes per second.

1. If you are wondering to buy the RX 580 for your GPU mining rig, right now the answer is no. It will produce similar hash rate at a much higher power consumption.

2. You will not be able to mine with 6 RX 580 together in Windows 10, 5 of them yes, the 6th will crash your system. Maybe in a couple of months, a more mature driver will solve the issues.

3. The latest two drivers were used to test and did not make a difference in hash rate.